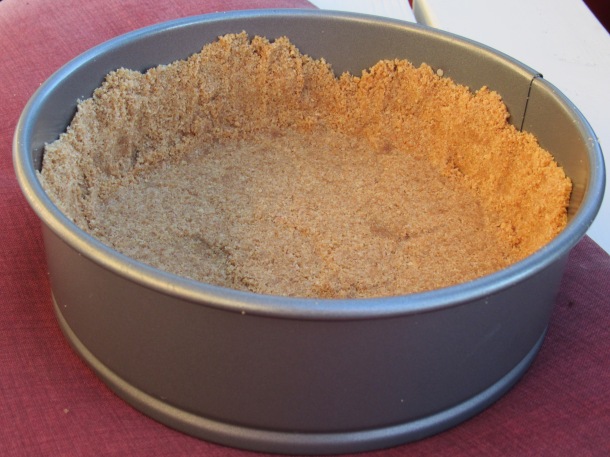 Some people like to buy pre-made graham cracker pie crust but this recipe from Amelia is so good and so easy to make that, once you’ve had it, you’ll never buy pre-made again.  This has been my go-to recipe for years and there is never a shortage of compliments on how good it is.

Just a little warning – don’t sample the crust before it makes it into the pan because you will end up eating the whole crust with a spoon. 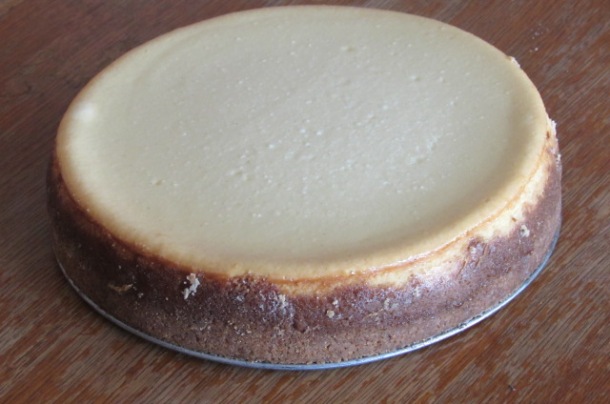 Preheat oven to 425 degrees.  Select pan you want to make crust in.  Using a food processor or a large Ziploc bag and rolling pin, crush graham crackers into crumbs.  In a medium sized bowl, mix together graham cracker crumbs and sugar until well combined.  Using your fingers, work the warm melted butter until the mixture until it is well-combined and looks like sand.  While the mixture is still warm and soft, press it into desired pie pan.  Let crust rest until cool.

Note:  if you are going to bake a filling in the crust, such as a pumpkin pie, there is no need to bake crust before hand. If you want to fill the pie with cream fillings or the like, proceed to the next step. I’m making cheesecake today so obviously the crust will be baked with the cake.

Bake crust in the oven for 12-15 minutes.  Let cool and fill as desired.