What does a celebrity chef do after he’s helped others launch and promote countless restaurants? He takes his own new concept to the place he’s from – the streets! CPM caught up with Chef Hesse to see what’s been cookin’.

“I’m currently having a food truck built out. It’s going to offer artisanal style, gourmet grilled cheese.” Chef calls his new creation Fo’ Cheezy Twisted Meltz. “It’s not yo momma’s grilled cheese. I’m going to make chef aggressive melts that mash up different cultures and flavors.” And, with crazy melts like the Cuban War Pig, the Mac Daddy Roll, Buffalo Mother Clucker and The Lick Back, we know it’s going to be off the hook. “Originally I’d planned on a brick and mortar restaurant with a different name but I wanted my food to be more accessible to people. I want the guy who’s never tasted duck to try my Ducked Up melt. And I’m going to give it to him at a price he can afford. Gordon Ramsey once told me ‘if you feed the masses you live among the elite. If you feed the elite, you live among the masses.’ I want for everyone to be able to experience my food. I’d rather leave a little money on the table and let everyone get a taste.”

Fo’ Cheezy Twisted Meltz isn’t going to be like any other food truck. The 26 foot truck is being built out by Heat Customs, whom Chef calls “the baddest truck builders – they’re like Monster Garage Style.” Fo’ Cheezy will be ready to roll in roughly 8 months and, besides cranking out chef inspired grilled cheese sandwiches and other delicious things, it will be pretty high tech, with interactive cameras and mics. “I want people to be able to see into the kitchen where their food is being prepared. I want to be able to talk to the customer by way of video cameras and screens in the truck. I want people to be able travel with me to festivals, food truck events, random pop-ups and grilled cheese cook offs and experience the daily life of the food truck.”

In the years following Chef Hesse’s two-season appearance on the hit TV show Hell’s Kitchen, he has been launching, revamping and putting his own signature spin on restaurants throughout the country. “No more excuses,” says Hesse. “I’ve worked behind the line at enough places. It’s time that I take the leap and put my own self out there and promote what I believe in. I believe God put each and every one of us here for a purpose all with a special talent to offer. You have to make the leap. Sure, you may hit a couple of rocks on the way down but you’re going to be fine.”

And Chef knows his fair share about bumps in the road. Having grown up a troubled kid, he’s had to make a lot of tough choices. Which is why Chef plans on donating a portion of Fo’ Cheezy Twisted Meltz’ proceeds to foundations such as Mary Lee’s House, which helps at risk kids. “I was a troubled kid. I have a past. And I want for donors to come out to these events and know that they are donating to the potential of a guy like me. I’m better because of foundations like these. I want to pay it forward. I believe in helping and promoting others and bringing up the community I serve.”

Also, you can catch Chef Hesse at the upcoming Mary Lee’s House Celebrity Bartending event on July 11 from 6-9 p.m. at Ava’s 718 S. Howard Ave. in Tampa. 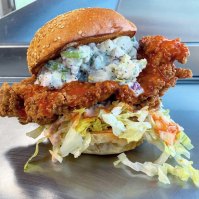 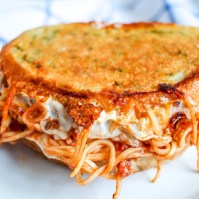 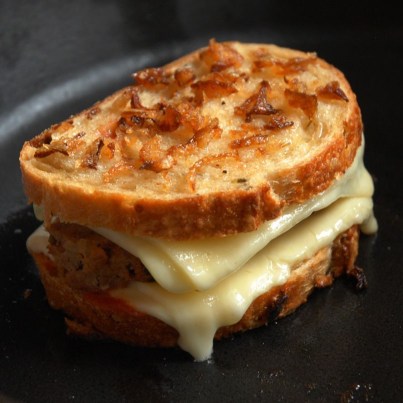 One thought on “Truckin’ With Chef Robert Hesse”