You have to have a good rub to start some good BBQ, and there’s some exciting news in the BBQ world! Two-time Hell’s Kitchen contestant and celebrity chef Robert Hesse is shedding his Executive Chef’s coat for a brand new one and starting a new venture – in BBQ. Chef gave CPM the rub.

Chef met up with the Zimmerman Brothers of the former ZeBro’s Harbor House in Westfield, NY and created a new restaurant – When Pigs Fly BBQ Pit. “I knew right away when I walked into ZeBro’s that it was time to make a change.” That change would be for Chef and for ZeBro’s.

ZeBro’s was a popular place at one time but became an identity lost in extensive zebra themed décor, prime rib, frog legs, and hot wings. Chef Hesse could see that the restaurant needed a lot of love and change. And Chef Hesse is no stranger to change – having recently lost more than two thirds of his body weight, moving across the country to be Executive Chef at one of the country’s largest gaming conglomerates and, more recently, taking on the role of single dad. “I don’t want to look back in 10 years and see that I have missed out. I’ve gotta do this for myself. And for my son.”

While Chef Hesse enjoyed his time working as an Executive Chef with MTR Gaming, he felt it was time to do something for himself. “The casino was safe. But it’s been too long since I’ve gotten my hands dirty. I missed it. I want to touch every plate that goes out to the customer, and be the best chef I can be every day.”

It was time to take ZeBro’s back to the drawing board. All new décor, all new menu and a brand new name. Nestled up on the shores of Lake Erie, what could be more perfect? “BBQ can break barriers. Everyone loves BBQ and everyone can eat here.” And so, When Pigs Fly BBQ Pit was born.

Custom made just for When Pigs Fly BBQ Pit, the aptly named “Large Marge” will be turning out meats smoked to perfection. Large Marge will even smoke you up a challenge. A seven-pound Trash Can challenge, to be exact. The challenge is served up on a trash can lid with a one hour time limit. It has 1 pound each of smoked pulled pork, smoked kielbasa, smoked chicken, smoked tri tip, honey ham, smoked pulled chicken; a half pound each of smoked ribs and smoked brisket; plus Texas slaw, cowboy caviar and six slices of garlic Texas brioche. Take this baby down in one hour and you get a free t-shirt (you’ll probably need it), your name on the wall of Pig Out Legends and all 7 pounds of food will be free!

If the 7-pound challenge isn’t for you, there’s plenty of regular sized plates, too. Check out the menu and see some of the great food When Pigs Fly BBQ Pit is offering up.

The menu looks amazing. CPM has had the privilege of enjoying some of Chef’s creations at the Eldorado in Reno. He puts love into everything he creates. Good food is a universal language. Check out some of Chef Hesse’s latest creations below and be sure to stop by! Check out When Pigs Fly on the web, on Facebook better yet – head on down to at 8254 W 1st Street in Westfield, New York. 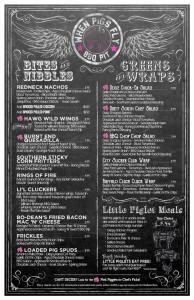 Um, can you say mouth watering? We’re pretty much ready to hop a plane to New York to get our BBQ on. 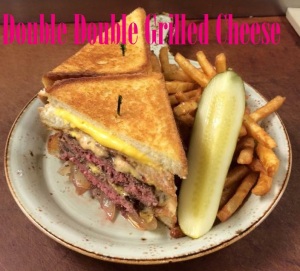 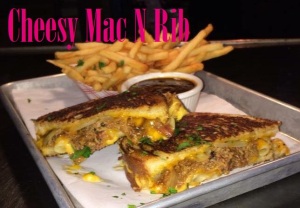 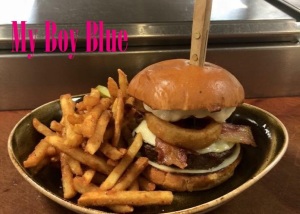 Get your party on!

When Pigs Fly BBQ Pit in Westfield, New York is set to open this Thursday, May 26, 2016 at 4 pm. But you don’t have to wait until Thursday. You only have to wait until Wednesday AND you can eat for free! Chef Hesse is giving it all away! There will be free food, live music, and a raffle! One lucky person will go home with their own smoker and a Hell’s Kitchen prize package, including an autographed Gordon Ramsay cookbook, official Hell’s Kitchen jacket, and more! It’s an awesome prize package – he listed more prizes than we could count. Be sure to check out this party on Wednesday, May 25, 2016 from 4-8 pm.

One thought on “The Rub: Chef Robert Hesse and When Pigs Fly”